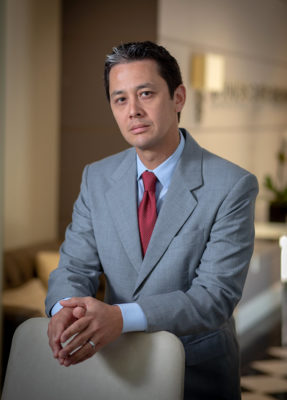 Mr. Marx is an accomplished attorney who devotes his litigation practice to representing injured patients and their loved ones in Medical Negligence litigation, Wrongful Death, and catastrophic brain injury cases. He is an AV® Preeminent™ 4.8 out of 5 Martindale-Hubbell rated attorney, considered the profession’s highest recognition for legal ability and ethical standards; a testament to the fact that his peers rank him at the highest level of professional excellence.
Prior to joining the Bounds Law Group, Mr. Marx was a partner with an established Central Florida defense litigation firm with a statewide practice. A significant portion of his diverse practice base included the representation of hospitals and physicians in Medical Negligence lawsuits. He frequently represented attorneys and accountants in professional liability claims and provided strategic claims handling advice to insurance carriers.

Mr. Marx graduated from Florida International University with a Bachelors in International Relations in 2001. He thereafter obtained his Juris Doctorate degree from the University of Florida Fredric G. Levin College of Law in 2005.

Mr. Marx firmly believes that giving back to the community is critical to its success. To that end, he serves as a Guardian ad Litem with the Legal Aid Society of the Orange County Bar Association advocating for the rights of minors. He also serves on the Board of the Jewish Federation of Greater Orlando.