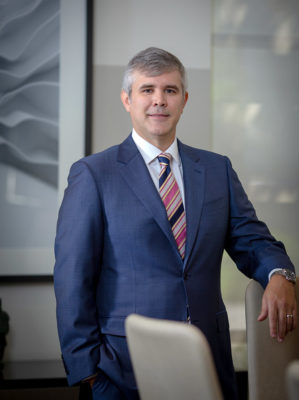 J. Brent Smith has been a practicing trial lawyer for 15 years. During his career he has litigated cases in multiple states including Florida, Pennsylvania, New Jersey, Texas, Illinois, Oklahoma and California. He is licensed to practice law in four states and has been admitted to practice in multiple Federal Jurisdictions.

In 2015 he was also selected for the Top 10 Under 40 Attorney Award by the National Academy of Personal Injury Attorneys.

Prior to joining the Bounds Law Group, Mr. Smith worked for several years in the banking and financial industry and then spent 7 years with the nationally-renowned Maher Law Firm (formerly known as Maher, Guiley, and Maher) devoting the majority of his practice to personal injury, wrongful death, class action litigation, complex commercial litigation, and products liability.